SDG10 - Reduce inequality within and amongst countries

"Concerning SDG 10 'reduced inequalities', the number of indicators showing progress is more or less the same as the number moving away from their objectives. Most indicators measuring inequalities between countries have improved over the past five years. Looking only at EU countries, disparities in disposable household income have been converging. Considering EU action relevant to reducing global inequalities, EU financing to developing countries and EU imports from developing countries have been on the rise. These positive developments have, however, occurred against a trend of increasing disparities in GDP per capita and increasing inequalities within countries. Relative poverty and the depth of poverty have both intensified, while the Gini coefficient of equivalised disposable household income and the income share of the bottom 40 % of the population have both deteriorated. It should be noted that the overall picture of long-term trends in SDG 10 is more favourable. This can be attributed to the contrasting positive trend in disparities in GDP per capita in the long term, as well as the stronger deterioration of the poverty-related indicators in the short-term." ( 2017:16) 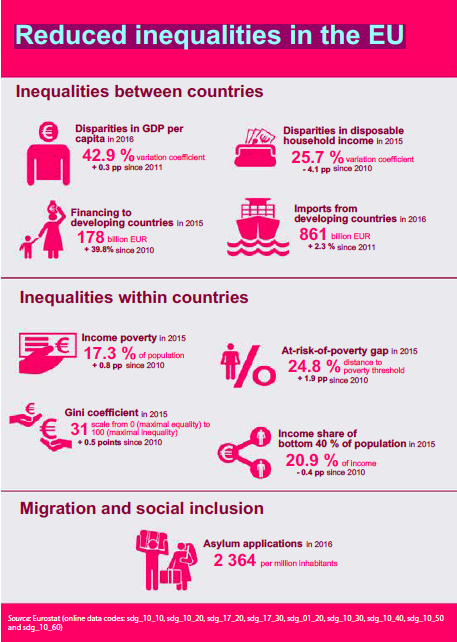 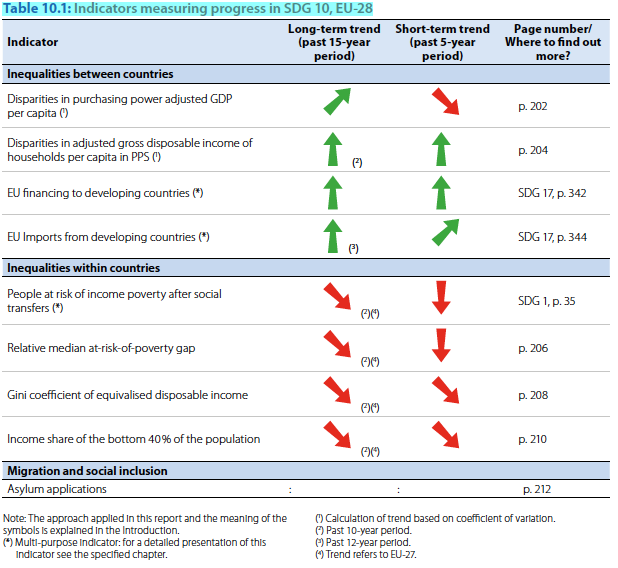