"The development of SDG 17 'partnership for the goals' mainly reflects the progress in the area of 'global partnership', where the EU's official development assistance as a share of gross national income, its overall financial support to developing countries and imports from these nations increased. The picture is more mixed when considering financial governance within the EU. Shares of environmental taxes in total tax revenues have stagnated at a low level, and many Member" ( 2017:14) 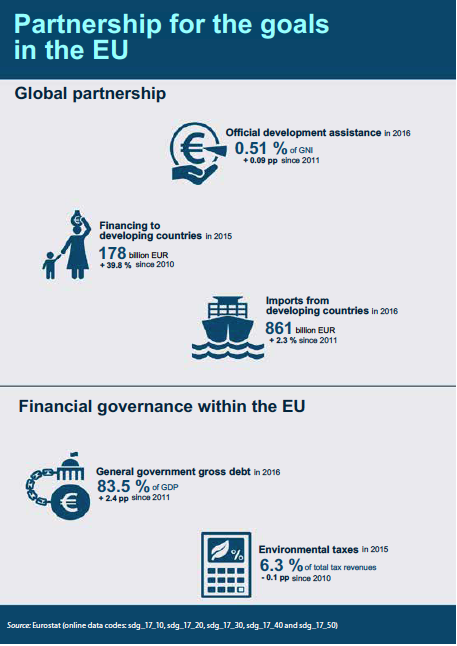 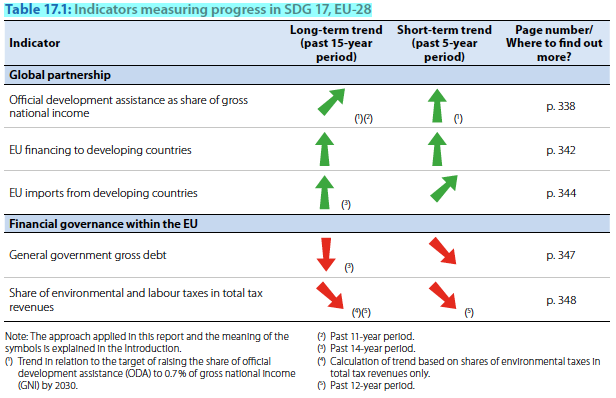 "Together, public authorities and citizens can co-produce knowledge and craft the institutions needed to accelerate change. This requires governments to be well informed about transition initiatives' work in their city and to shifting and broadening of roles and responsibilities. In this way, instead of acting as regulators, local governments can act as innovators and facilitators." ( :13) (Common Policy 3 projects, report)